Are we creating the ‘perfect storm’ when it comes to the future of our trades? 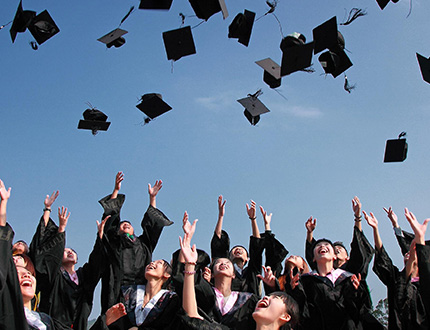 I’ve talked before about the looming skills shortage, but in my lengthy career in the vocational education and training (VET) sector, I’ve never seen a challenge to the future of our trades like the one we are facing today.

With increased competition across the sector, universities are employing aggressive marketing tactics and reducing barriers to entry, while our schools are focused on driving students toward degrees. Combine this with the pervasive myth that university is the superior option, and it’s easy to see how university entrance figures are at an all-time high.

On the surface, this may seem like a positive thing, but if you dig just a little deeper and look at trade skills shortages, mounting student loan debt, and the ratio of graduates to jobs, this trend has the potential to have a significant impact on our entire economy.

University, once seen as an option for top-ranked students, is now an expectation for many school leavers and increased competition in the sector is seeing universities employ aggressive marketing tactics and lowering the barriers to entry. Once upon a time, you either got the require ATAR or you didn’t get in – but now it’s often a numbers game. Students are given multiple entry points and shoehorned into degrees that don’t necessarily suit their ambitions, interests or strengths.

There is no denying that university degrees have an important role to play, but they are not the only path nor, for many school leavers, the right one.

Graduate unemployment and debt on the increase

We are already seeing a high number of graduates leaving university with extensive debt and entering a job market with limited opportunities. In many cases, even those who are able to secure employment are not earning enough to pay off their student loans.

In my opinion, this is setting us on a path to increased unemployment, and a generation who carry debt for a significant portion of their adult lives. This impacts their ability to borrow and reduces spending power, all while apprenticeships across the country go begging.

Geography is less of a barrier than ever before, and in this climate the response to a local shortage may well be moving jobs offshore to countries who have invested in building these skills. This doesn’t just mean outsourcing specific jobs, it can mean companies, or even whole industries, moving operations to more viable locations, taking a raft of jobs – both trade and back office professions - away from our shores.

It’s important that we encourage more young people into VET by repositioning the sector if it is to compete with universities and their big budget marketing strategies.

Many school leavers, their families, and even career guidance counsellors in our schools, still believe that degrees are superior to VET qualifications when it comes to highly paid and skilled jobs. But we already know VET graduates typically earn more on graduation than their university counterparts and the skills shortage is only going to increase opportunity and earning potential into the future.

Another misconception is that trades will lose their significance in an increasingly digital economy, one dominated by artificial intelligence (AI) and robotics. While there are never any certainties, all the signs are pointing to AI and robotics playing a complementary role rather than a dominant one in our trades. In fact, when United Kingdom economists looked at the impact of robotics and AI, they predicted that the accountancy and legal sectors –dominated by degree-qualified professions - would be among the most affected.

We only have to look at the beleaguered delivery of the National Broadband Network to see the value of trades in a digital economy. A significant factor in the delay was a lack of skilled fibre splitters to complete the project!

We need to think big about raising the awareness of the benefits of VET and reposition the way we talk about it to be on equal footing with university study. The government has a big role to play in this regard. Increased funding and incentive programs could make a significant difference, and financially, are a drop in the ocean when compared to the cost of long-term unemployment and/or our industries moving offshore.

Pilot programs, such as this one by the Master Builders’ Association that encourages young people into construction while also offering university credits, are providing interesting incentives that acknowledge family pressures, and the sector will need to keep innovating like this if it is to keep up.

Changing the discussion with school leavers to break down misconceptions and highlight the abundance of opportunities while also looking at innovative ways to incentivise young people into VET career options will ensure a stronger future for us all.