Death of the Tradie: Will inconsistent funding models see an end to the Australian tradie? 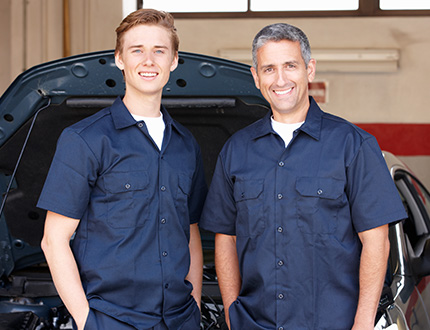 Earlier this year, I read an article that suggested that without changes to funding in our Vocational Education and Training (VET) sector, we could well see the death of the Australian tradie. While this could be a little media sensationalism, it got me thinking that there is some truth in the noise. If funding models aren't changed, it may not be too far from reality.

Imagine, for a moment, a world without tradies – or even one with a serious shortage.  At an individual level, it would mean learning to do skilled labour in our own homes, such as fixing plumbing, or paying drastically inflated prices for a skilled tradesperson. On a broader scale, it’s fair to say the economy would be in dire straits. Tradies are the backbone of our economy and it's time to apply the Australian fair-go mentality to training the next generation.

According to figures from the National Centre for Vocational Education Research (NCVER), funding for VET courses reached its lowest ebb in a decade in 2017. This led to the subsequent Joyce review into the VET sector, which handed down recommendations for a simpler funding model in April 2019. These recommendations are being reviewed and actioned at a Federal Government level, but in my mind, the changes can't come soon enough.

INCONSISTENCIES ARE A CHALLENGE

As it stands, funding for our VET sector is determined by state governments, which can lead to inconsistencies across different qualifications. According to NCVER, in 2018, qualifications in construction and plumbing services received funding of around $114 million in Victoria, $62 million in New South Wales, and $46 million in Queensland.  It's also worth noting that all three states saw a decline in funding for these qualifications between 2017 and 2018.

In my opinion, inconsistencies like these, across nationally-recognised qualifications, don't make a lot of sense; particularly for an industry that is worth around $116.7 billion to our economy each year.

Alongside these state-by-state variations, we also see inconsistent funding models across our higher education sector that can often leave VET looking like the poor cousin, when in reality it's critical to our future.

CONSISTENT FUNDING MAY BE THE ANSWER

While the Joyce Review has made some worthwhile recommendations, and we can certainly see some light at the end of the tunnel, I'd also like to see a review that takes a look at the whole education sector.

The Bradley Review into the Higher Education sector, undertaken in 2008, suggested a number of reforms to better align funding for Australian university and VET qualifications. These recommendations included streamlining funding into a single higher education funding model that encompassed both university degrees and upper-level VET qualifications to ensure consistency.

The purpose of the review was to ensure that our education system was structured, funded and organised in a way that enabled Australia to compete in a globalised economy – a challenge that has only continued to grow.

With nine out of 10 jobs of the future requiring VET qualifications, it would be great to see these recommendations revisited, so that we can strengthen and future-proof our entire education system.

I've talked before about the need to collaborate across our education sector, and for me, it has become truer by the minute. It's in the best interests of individual students, the sector and the wider economy that we build a strong, unified higher education system.

A recent report by the Mitchell Institute and Victoria University noted the funding disparities and suggested a collaborative higher education sector could be the answer. The report states that:

Australia needs a more comprehensive, coherent and interconnected tertiary education sector that makes better use of both VET and higher education. This type of tertiary education will respond to challenges facing our students, rather than one based on outdated divisions between academic and vocational learning.

Having worked in the education sector for several decades, it's a sentiment I couldn’t support more. An education sector that collaborates closely, from school to VET and university, could give future generations access to the right learning at the right time, put an end to skill shortages, and allow Australia to compete in a global economy.