Housing affordability and employment: They really do go together 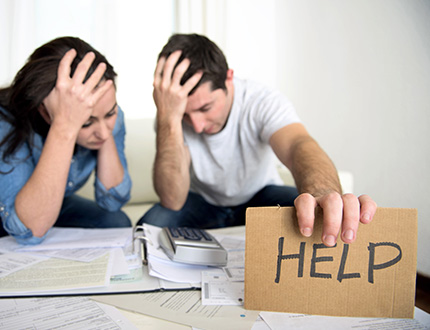 There have been plenty of column inches devoted to housing affordability. Given that your home is one the largest purchases you’ll make in your lifetime, it’s not surprising that house prices dominate discussion for many of us.

It’s particularly tough in our major cities. Even with Sydney recording a drop in housing prices of up to 7%, it’s coming off such a high base that it’s not making a difference in terms of housing affordability when the median house price is still around $1m.

What can be overlooked is the impact housing affordability has on employment and the general wellbeing of the community. For many occupations, high house pricing means long commutes and a complete inability to live close to where you work. This is becoming such a problem that it will begin to impact the choices people make, both young and old, in terms of what career they pursue.

Have we reached a crisis point?

There’s plenty of evidence to suggest that housing unaffordability has already become a crisis, particularly in Sydney.

I read an article from earlier this year, talking about how many core professions – such as nursing, teaching, and emergency services – now find it so difficult to locate appropriate housing in the areas that they work that it has led to extremely long commutes. The knock on effect of that is clear: Long commuting times lead to a poor quality of life and long term health impacts, especially for those with a family.

And it’s not just the jobs mentioned above that are impacted: It’s widespread. There are plenty of careers where the salary being offered just cannot keep pace with the price increases we’ve seen in the property market.

It can even be argued that some of the property slow down we’re seeing is from the overheated market, leading to people making decisions to leave Sydney and live in other areas, often regional. In fact, given that I’m living in regional NSW, I’ve seen plenty of friends and former colleagues who have moved to Sydney, tried to make it work, and purely due to cost of living pressures have moved back to regional towns. This often leads to a career change, with people looking at undertaking mature age training to re-enter the job market.

For our youth it’s become a real challenge. Housing affordability in somewhere like Sydney, without significant support from family, is now a near impossible goal for many, especially if you want to live close to the CBD.

Add in the impact of the gig economy and the overall casualistion of work in general, and you can see why it’s never been harder for young people to own their own home. For my generation, the knowledge that if you studied hard or gained the right training full time employment was an option, is now a thing of the past. Our young people today face intense competition for jobs, coupled with less full time employment. That all leads to further barriers to entering the property market. It’s incredibly difficult to gain finance if you don’t have fulltime work.

While I’m certainly not trying to make excuses, it needs to be recognised that this kind of change means that people have to make different career choices. Even my family has been impacted: I have a child who is in their early 20’s, living and studying in Sydney. The cost of living, even with support, is astonishing. Just rent alone is a frightening prospect. I can understand the frustration our younger generation feels.

The solution may be a change in focus

Rather than argue the merits of tax changes or other measures to alleviate the problem, I will look at our areas of expertise - employment and training, to find a potential solution.

Housing affordability and general cost of living pressures, are influencing career choices. Our youth in particular may not see the benefit of moving to a major city, and may look at more options locally. University, while always a viable option, may not be the best way to enter a career path, particularly with the glut of candidates fighting for entry-level positions. This makes vocational education and training (VET) even more attractive, particularly as more employment options require a VET qualification than ever before.

Rising property prices will also lead to more people making a career switch to match a tree or sea change. The attractiveness of living in a big city will always be there, but at what cost? I believe more and more people will make the decision to live and work in areas where they can afford property. With remote working on the increase, it’s not a stretch to imagine more people moving to areas like the Central West and North/South Coast NSW.

For many it comes down to a choice: The impact on family life, caused by increasingly long commutes, will surely mean that many people will make a decision to move away from the corporate grind in the city. It will be interesting to see how employment opportunities and demand will change as a result.