How Coronavirus could impact our already battling regions 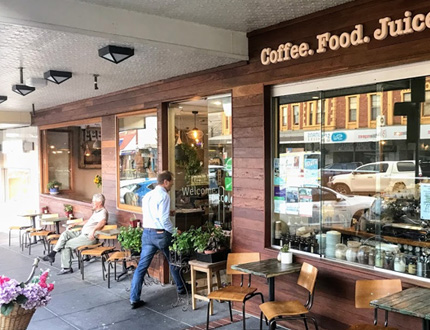 To say Australia's regional areas have been battling recently is an understatement. From drought to bushfires and then floods, many of our regions are feeling the impact on everything from tourism to employment. Now, with the Coronavirus predicted to impact not only our health but the economy and jobs for some time to come, it seems our regional areas may have more challenges ahead.

Media headlines often focus on the impact in our cities, but with almost a third of the population living in regional Australia, I want to shine a spotlight on how the Coronavirus could affect our rural communities too.

There seems to be a perception that rural areas are 'safer' than urban ones. There may be some truth in that; population density certainly has a role to play in spreading a virus, but distance may also present some disadvantages.

It's common knowledge that there is a doctor shortage in many parts of rural Australia and that demand often outstrips supply for regional hospital beds. The first case was diagnosed in regional Australia last week, which saw the shutdown of a university campus in Lismore. If the virus did spread through the campus, which hosts 8,000 students, it could quickly overwhelm local healthcare services.

From our cities to our regions, we are already seeing a spike in GP visits in many areas, as patients with cold symptoms, who would not usually seek medical advice, are going to the doctor. While it's important to make sure patients with the Coronavirus aren’t out in the community putting others at risk, a spike in areas with a doctor shortage could have a flow-on effect. There has been talk of pop-up clinics to deal with demand, and I hope these will go beyond the cities, as they may be desperately needed in our regions.

And it goes beyond healthcare. The distance from our cities often means that our rural towns go without when the supply chain is impacted. We've already seen it in one of Australia's most remote regions, Norfolk Island, where grocery supplies are running dangerously low due to higher demand and panic-buying on the mainland.

Another blow for local economies

Many regional economies have already taken a hit from the decline in summer tourism due to the bushfires, and this may be the knockout blow for some providers who were already experiencing a downturn.

Regional tourism is often seasonal and built around an event or festival that brings people to the area and boosts the local economy. If Australian operators follow the global trend of cancelling large-scale events, it may be our country areas who feel it the most.

There is some talk that our regions may benefit from a rise in domestic tourism, and I hope this is so, but my concern is that once cases are diagnosed in a region, tourists will stay away.

Job losses could be a factor

Tourism and hospitality are amongst the biggest employers in regional areas, so if tourism dries up further, the impact could be enormous. Those employed in tourism and hospitality may be the first affected, but there will almost certainly be a domino effect. As a local hotel cuts staff or even closes its doors, next to go is the local café and then the retail scene.

These industries are also among the most casualised, largely because they are seasonal businesses. My concern, on the back of poor summer trade, is that these workers will lose shifts, and perhaps jobs, at a higher rate than anyone else. A spike in unemployment is difficult for everyone but it may have a bigger impact on regional communities, where access to employment is already reduced.

A lack of paid sick leave is also a concern for casual workers who won't get paid if they have to self-isolate. This income may be desperately needed to pay rent, buy food, or even keep the family farm running in communities who have felt the worst of the drought. And while this money may be a necessity, it's unlikely that small and family-owned businesses can bear the cost of paying casual workers who aren’t there.

Help is coming for some

I was heartened to see the Morrison Government's recent announcement of a significant stimulus package (valued at $17.6 billion), which will help to alleviate some of these pressures for workers and families. I was particularly pleased with the $1.3 billion commitment to help small businesses to retain apprentices. This package couldn't have come at a better time, as more tradies are needed than ever to support the bushfire recovery in our regions. It will be interesting to see how the complete package will help our economy and some of the most vulnerable in our communities.

When it comes to the Coronavirus, there is no doubt we will all feel the impact, and, in my opinion, Australia has not felt the worst of the bite. Anecdotally speaking, there isn’t a sense of panic in our regional areas yet, and the response has been largely pragmatic, but with new cases diagnosed every day, this may change in an instant.

My hope for our regions is that more Australians do choose domestic holidays and get out and support communities that are doing it tough. Australia's regions are diverse in environment, produce and local culture, so this may be an opportunity for city dwellers to experience some of that country hospitality, great local produce, and relaxed atmosphere.