The future of retail in Regional Australia 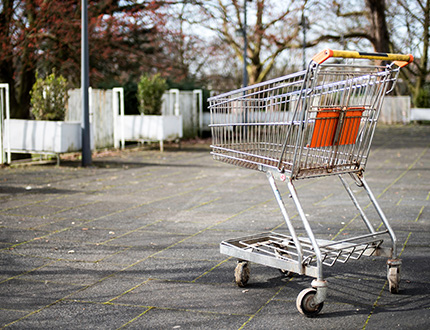 By Ron Maxwell CEO - Nearly eight million Australians call our regional areas home, and in most of these areas, the retail sector is amongst the biggest employers. But the retail sector is rapidly changing, and the shift to online presents challenges for regional areas.  When you consider that regionally-based employees account for around a third of the entire Australian workforce, it's a problem that needs addressing.

You can often tell a lot about the economic health of a region by examining its number of commercial vacancies and for many rural and regional townships, these figures are on a sharp incline. Additionally, The Regional Australia Institute released its annual report on job vulnerability last week and found that retail checkout operators are amongst the most vulnerable in the country, due to the role's susceptibility to automation.

It's not all bad news, however. Face-to-face retail still has a role to play in our regional communities, particularly those where main street shopping hubs still act as the heart of the community – the key is in providing an excellent customer experience. Online too, can present opportunities in other areas, such as warehousing and logistics, but it will require action from all levels of government.

Local authorities must get on board

To realise these opportunities, it will take collaborative action between local, state and federal authorities. While it's often noted that our governments aren’t hugely successful when it comes to large-scale coordinated responses, there are a few in the works right now that could make a difference.

Transport projects, such as the Parkes Inland Rail, will make these areas more appealing to big business, combined with their open space, cheaper rents, and access to a ready, willing and large workforce.

These projects are often driven by local authorities and business chambers with a clear vision for the future and a commitment to seeing it through. Often, this is local council and businesses working together to advocate for their region and lobby state or federal governments for the services they need to thrive into the future.

Local authorities must step up and take initiative or risk being left behind in a landscape that is dominated by online retailers, often large multi-national corporations with the ability to offer more competitive prices than local stores. One example of this is the Parkes Council, in the NSW Central West, who pitched to online retailing giant, Amazon, when they heard the business was seeking a location for a fulfillment centre.

Federal government must step in

Unfortunately, while the initiative taken by Parkes was commendable, Amazon ultimately chose to situate its warehouse in the outer Sydney suburbs.  And this is part of the problem.

Making regional areas more attractive to big business must be on the top of the agenda for our political leaders. In fact, a recent parliamentary committee report recommended "examining incentives and strategies to improve private sector investment in regional areas" is key to regional development.

And there have been some inroads into this, initiatives such as the skilled migrant visa programs that encourage migrants to settle in regional towns are stemming population decline and bringing new skillsets to the areas, which may make them more attractive to corporates. But there is considerably more work to be done.

While we await broader government solutions to address these challenges, there are some things young people and existing retail employees can do to boost their chances of success in an evolving industry.

Technology is playing an increasing role in retail and it’s important, particularly for older people who aren't 'digital natives', to build the skills that will help them thrive in a digital world. Programs like the federal government's Career Transition Assistance program, which will be run by VERTO in Central West NSW, offer older people the opportunity to develop digital literacy and confidence with a range of devices to increase their employability.

Social and interpersonal skills, particularly for our younger generation who often haven't learnt these skills due to the increase in online interaction, are also key.  Delivering a tailored and memorable customer experience is important to keep local bricks-and-mortar stores trading and a big part of that is how you interact with customers.  For many retailers, it can be their only point of difference in an online world.

Individuals in retail will need to build the skills to strengthen their careers today, while the government, hopefully, plans for tomorrow. Local authorities and business chambers will need to step up their initiatives and play an advocacy role for their local area.