The looming skill shortage is a challenge for us all 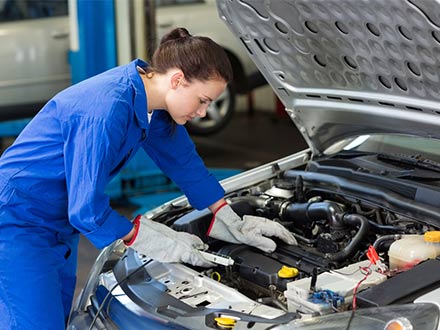 We live in a world today where rapid change has become the norm. Whether it’s technology driving change or simply the pace of modern life, it can often seem that problems that once looked far off in the distance are closer than you think.

It’s certainly the case with employment in Australia. While commentary on the future of work is often dominated by the rise of artificial intelligence and machine based job losses, a more looming crisis is the impending skill shortage we’re facing in a number of key industries. The nature of this shortage may come as a surprise to some: It’s in areas such as trades, automotive, and hospitality, which for the most part is being driven by a lack of skilled employees to do this work.

I was discussing this with the chairman of the Hospitality Traineeships Network recently. The hospitality sector is booming in Australia and the picture he painted was a scary one: There’s already a lack of skilled employees in the industry and the problem is becoming larger, with a predicted gap of over 20,000 skilled workers versus vacant roles.

We’re also seeing this in our own research: In a study we commissioned in partnership with the Western Research Institute we highlighted the skills shortage in the Aged care/Health industry. In one local government area, if the skill shortage continues to grow, there will be a ratio of one aged care professional for every 400 people requiring support. With our ageing population, this is a very real challenge.

There’s no doubt that vocational and educational training (VET) has always been the poor cousin when it comes to post-school education options. Our education system is geared towards pushing school leavers toward university with the focus being on ATAR scores. The only time a vocational course is recommended to a student these days is if they’re failing academically, something that I believe is fundamentally wrong.

Recent research by Year 13 shows the depth of the challenge. It shows that 74% of Year 12 students haven’t considered an apprenticeship/traineeship as a post school option, and only 33% see VET and university degrees as equal. This highlights the overwhelming bias towards university.

What is even more interesting is this fact: 68% of Australians felt that those with university degrees earn more than those with a VET qualification. The reality is vastly different; in fact, on average a VET graduate’s average starting salary is $56,000, versus $54,000 for a university graduate.

The point of this is that VET is being hugely undervalued in our education system. This is then causing the skill shortage gap here seeing across the board.

This skills gap is partially being caused by the lack of government support for apprenticeships/traineeships. Since the 2012 funding reductions, we’ve seen a rapid decline in both commencements and completions across a wide variety of VET courses. By removing the incentives for employers to hire apprentices/trainees, it’s only exacerbated this challenge.

While it’s true that government support at both State and Federal level has changed in recent times, commencements are at an all time low, meaning that the rise is coming from a low base. We have a long way to go to recover to the pre-2012 levels we were achieving and government support, both in funding and reducing overly restrictive regulation, is vital.

It’s not too late to fill the gap

The fact is that a VET qualified graduate has skills that are in demand. An employer knows exactly what job you can perform as you’ve been trained and certified in that specific skill set. That’s often different with a university graduate, who may have a broad knowledge of a specific area but very little on the job experience.

If we can encourage employers and students that VET is a viable career option, we can avoid this impending skills gap. The reality is that the alternative is a huge problem for our nation and one that we must avoid at all costs.