Little interest in skills despite pent-up demand for workers 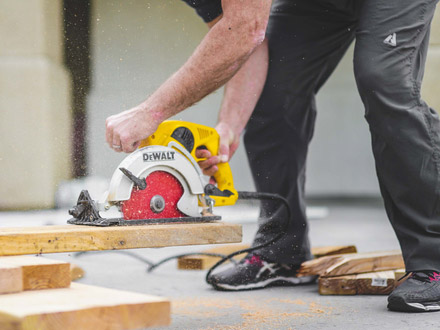 As published in The Australian Financial Review, November 18, 2019

Just 13 per cent of school leavers are interested in construction-sector jobs, despite projections the infrastructure boom will push up demand for skilled workers by more than 10 per cent in the next three years.

A survey of 15 to 24-year-olds found not only were just a handful interested in construction jobs but only 15 per cent said their schools had encouraged them to look into work where there were actual skill shortages.

The department of employment says there are shortfalls in bricklaying, stonemasonry, carpentry, plumbing and tiling, and the number of construction industry jobs is expected to rise from just over 1.1 million in 2018 to more than 1.3 million in 2023.

The survey from Year 13, which works with school leavers as they decide what to do next, also showed out of 1400 only 17 per cent wanted to do an apprenticeship compared to 68 per cent who planned to go to university.

Most students said they were interested in healthcare, education or professional careers.

"Students need to be shown that enterprise skills are jobs with long-term futures," said Saxon Phipps, co-founder of Year 13.

"What carpenters possess is problem solving, design and team management skills but the perception is it's skilled manual labor.

"The idea that 'once a carpenter, always a carpenter'  is wrong. All these other things that carpenters learn mean they can go on to jobs like creative design, project management."

The head of workforce development at Australian Industry Group, Megan Lilly, said the real worry in the survey was the tiny number of schools that were giving students advice on trade skills.

"Careers advisers have a singular misunderstanding. Jobs advice is about where people start, not where they finish," she said.

"People with trade skills start with a hands-on role but they become business owners, they get roles in big corporations. We haven't delivered a clear enough message about this.

"With artificial intelligence there won't be so many white-collar jobs. Any rules-based job will be at risk. But trades have growth.

"Careers advice itself is dominated by white-collar professionals. There are no blue-collar voices in the education system. Schools market themselves on ATAR success and entry to uni, ignoring the fact trades have long-term futures."

Apprentice carpenter Will Rowbotham, 24, told The Australian Financial Review he couldn't remember any careers advice at school which mentioned the construction sector or skills shortages.

He went to uni for a couple of years but it didn't work for him. He started doing landscaping and found he had carpentry skills which he liked.

"I went to an apprentice provider. In comparison to going to uni this was just so much easier. They gave you advice," he said.

"I didn't do woodwork at school. I didn't do business studies. It's a shame in hindsight. It would have saved me a lot of time with ideas.

"Not that I regret it really, I did two years of uni and some travelling.  I  enjoy my work. I like being part of making something."